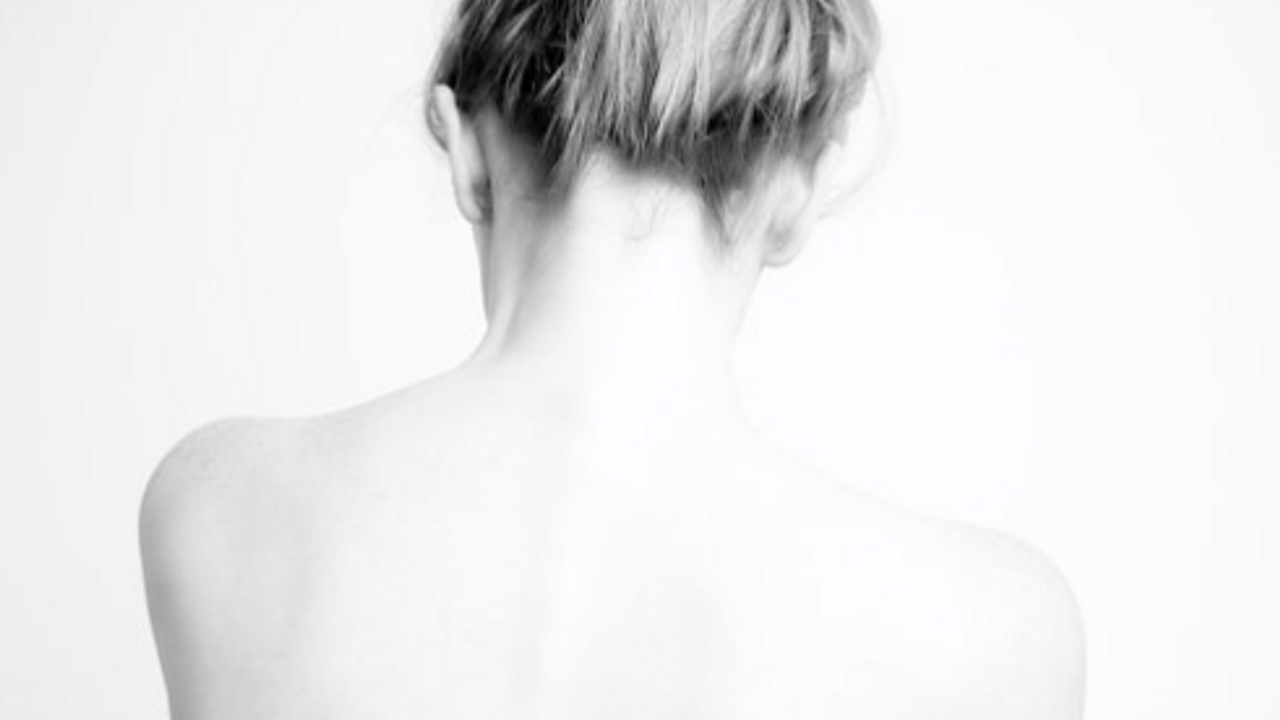 PMDD and Your Hormones

Many women have experienced some form of emotional and/or physical symptom associated with the start of their period. Most will experience mild symptoms for about 1 to 3 days. These symptoms can include physical, emotional, behavioral and even cognitive changes. Women who experience these cyclical and recurrent symptoms during the luteal phase (second half) of their cycle, (typically the week leading up to their period), are usually told they simply have premenstrual syndrome or PMS. Often these symptoms are dismissed and considered to be “part of being a woman”. However, is PMS really normal and when should you consider talking to your doctor about your symptoms?

With more than 150 symptoms associated with PMS in medical literature, women experiencing recurrent symptoms the week leading up to their period are often told “it’s just PMS, it’s normal”. However, the severity of PMS is often not discussed and, most importantly, patients don’t always know exactly how to explain the severity of their symptoms to their doctor. Many women may downplay their symptoms because A) they were always told PMS was normal or B) since their symptoms resolve with their period, it doesn’t impact them every day. However, this can be a huge problem, especially, when it comes to diagnosing severe cases of PMS including the diagnosis of premenstrual dysphoric disorder, otherwise known as PMDD.

PMDD is a severe form of PMS that often can go undiagnosed with years, if not decades. Although patients with PMS and PMDD may have similar symptoms, in order to be diagnosed with PMDD you must meet the following DSM -5 criteria:

In order to be diagnosed with PMDD, your doctor will also need to take a detail history as symptoms must be present in most menstrual cycles that occurred in the previous year and the symptoms must be associated with significant distress or interference with your quality of life (work, school, relationships, social life). Although PMDD is most commonly diagnosed in patients with regular periods, PMDD has been associated with irregular periods and can also been found in women who do not have a period, for example women who have undergone a hysterectomy, but still have their ovaries. Women using levonorgestrel IUDs (for contraception or heavy menstrual bleeding) who may not experience regular bleeding may still experience monthly symptoms associated with PMDD.

Although there appears to be many variables that contribute to PMDD, researchers have identified 5 topics most likely to contribute to this disorder.

According to current research using both family and twin studies, as well as, specific genetic studies, PMDD is thought to have a genetic cause in about 30-80% of cases. In particular, researchers found that women with variations in their Estrogen receptor alpha (ESR1) gene were more likely to experience PMDD than controls (Huo et al). Researchers also found that women who experienced seasonal affective disorder (SAD) had similar variations in their serotonin transporter promoter gene 5-HTTLPR.

Patients with PMDD have been reported to have decreased levels of progesterone, specifically ALLO (a main progesterone metabolite) in the luteal phase, than women without PMDD. In one study, women with highly symptomatic PMDD had lower lev­els of ALLO compared with women with less symptomatic PMDD. Although hormone replacement of progesterone can be helpful in some women with PMDD, it can make symptoms worse in others. Hormone replacement should be carefully evaluated by your doctor before it is administered for treatment. Having your doctor evaluate your hormone both in the follicular (first half) as well as luteal (second half) of your cycle can be helpful in evaluating your hormones. At NMD Wellness of Scottsdale, we often will have our patients blood drawn in both the follicular and luteal phase of their cycle in order to better assess our concerns of PMDD.

Researchers know that estrogen affects multiple neurotransmitter systems that regulate everything from mood, cognition, sleep and even eating. Many of these findings were not only limited to women with PMDD but all women. In women with PMDD, estrogen also appears to interact with serotonin and is thought to be involved in the hormone-related mood disorders commonly seen, including irritability, sudden sadness and anger. This also explains why some women are  prescribed antidepressants, specifically SSRIs, like fluoxetine, for their symptoms.

Studies have found that women with PMDD may have an altered cortisol level that causes them to experience higher levels of cortisol production during the luteal phase of their cycle. These women may also experience altered cortisol function which leads them to produce less necessary cortisol during times of stress. In fact, a study of 3,968 women with a history of trauma and PTSD were found to be more likely to experience PMDD. Researchers also found that women with a predisposition to PMDD may also be more vulnerable to developing posttraumatic stress-related disorders. This points to the fact that in order to truly help women with PMDD, we must incorporate stress-management and talk theory options for our patients.

The role of inflammation in PMDD is still largely unknown and deserves further investigation. Researchers have found that natural increases in progesterone during the luteal phase of a woman’s cycle is associated with an increase in c-reactive protein levels. Many women, without or without PMDD, who have inflammatory diseases (gingivitis, irritable bowel syndrome or Hashimoto’s thyroiditis) will likely experience worsening of their symptoms during the luteal phase of their cycle. Addressing inflammation especially in patients with PMDD should always be considered.

As mentioned above, PMDD is a complex disorder that requires a whole body approach. Although medications, antidepressants, can be helpful for some patients, the reality is without properly addressing stress, inflammation and hormones, patients will likely experience the return of their symptoms. At NMD Wellness of Scottsdale, we believe in providing patients with a comprehensive approach to their health to manage their PMDD.

On average Americans consume more than 40 grams of vegetable oil each and every day. Vegetable oils, such as those from soy, corn and canola are rich in linoleic acid (LA), an omega-6 fatty acid. Although Omega-6 fatty acids are an essential nutrient, diets high in Omega-6 fatty acids may increase inflammation by inhibiting anti-inflammatory pathways commonly stimulated by omega-3 fatty acids. Some of the most common inflammatory oils to avoid include soy, canola, corn, sunflower and soybean oil. Instead opting for coconut, avocado and extra virgin olive oil is best.

Meditation doesn’t just “calm the mind”, it impacts our DNA too. In fact, researchers have found that mind-body practices, like meditation, can dampen the activity of genes associated with inflammation. Meditation can be a great practice to incorporate into your daily schedule and is most successful in reducing inflammation when done consistently. If you are new to meditation, I challenge you to set aside five minutes a day to meditate.

Researchers have found that exercise can increase brain endorphins and reduces adrenal cortisol resulting in improvement in PMS symptoms that may occur due to reduced beta-endorphin. Moving your body for 15-20 minutes, 6 days a week is an important way to boost your mood and improve symptoms of PMDD.

According to a 2010 study, taking 40mg of gingko three times a day reduces PMS like symptoms better than a placebo. Gingko is thought to reduce prostaglandins and increase the release of neurotransmitters. However, before you add Gingko to your cart, it is important to consult with your doctor, as some herbal supplements can interact with prescription medications or can cause serious side effects. In fact, laboratory and human studies suggest that gingko can alter insulin secretion and affect blood glucose level, which is why again, it is important to consult with your doctor before starting any herbal supplements. Although at NMD Wellness of Scottsdale, we use botanical therapies, they must be administered after a detailed history and evaluation. 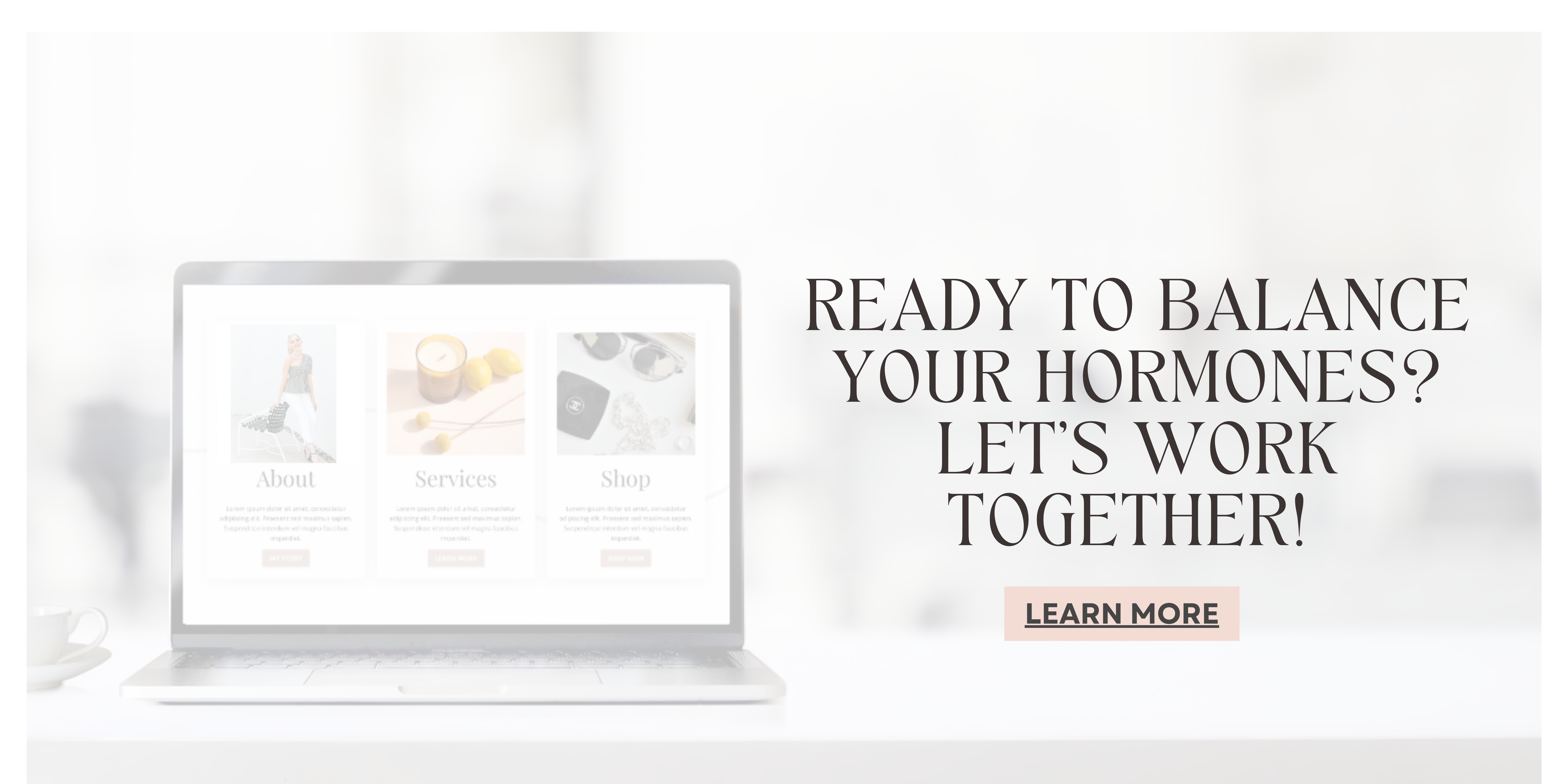